We are OPEN and OPERATING in line with the New Zealand Covid 19 Protection Framework.
This website stores cookies on your computer. These cookies are used to collect information about how you interact with our website and allow us to remember you. We use this information in order to improve and customize your browsing experience and for analytics and metrics about our visitors both on this website and other media. To find out more about the cookies we use, see our Privacy Policy. 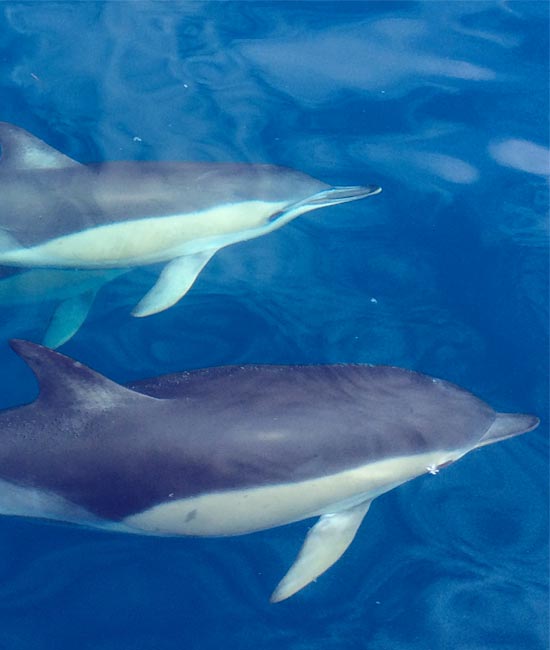 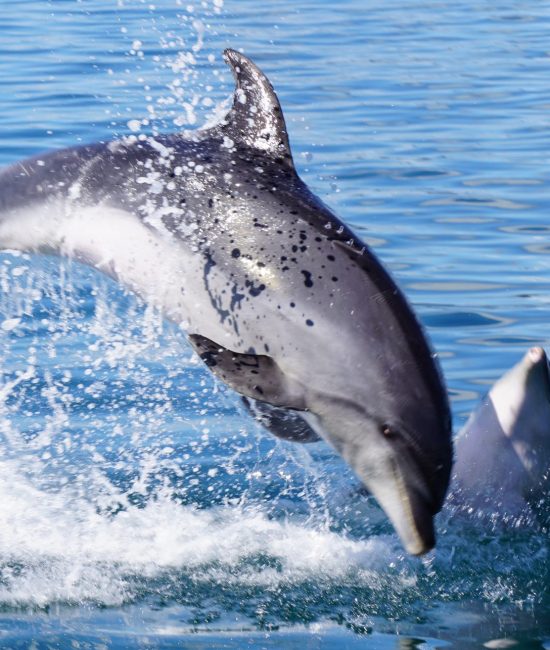 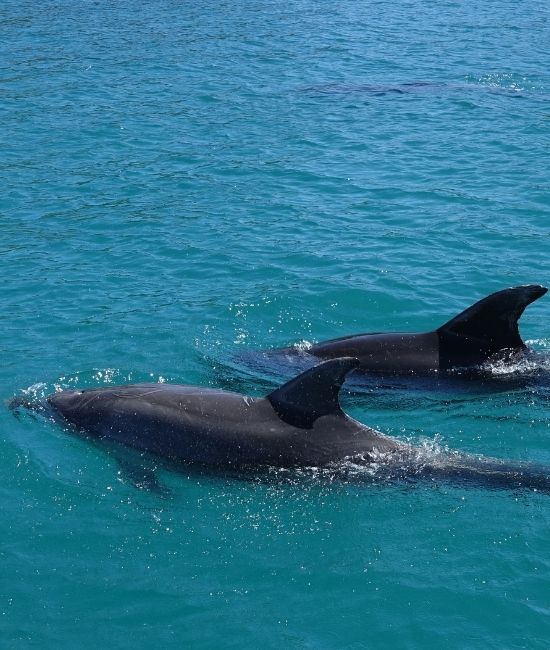 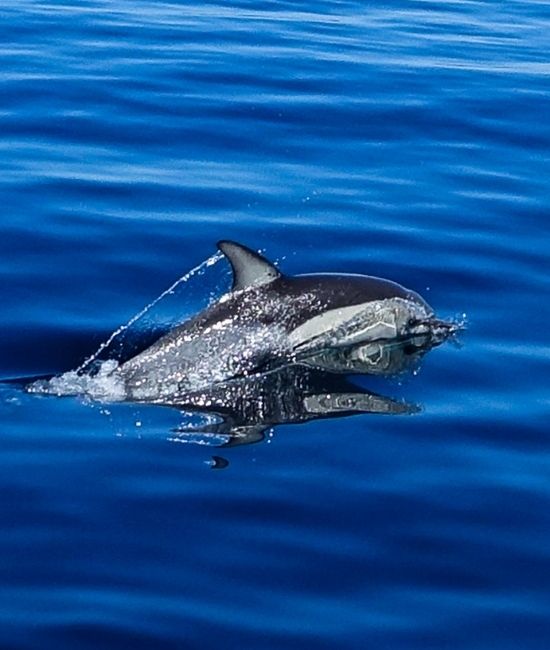 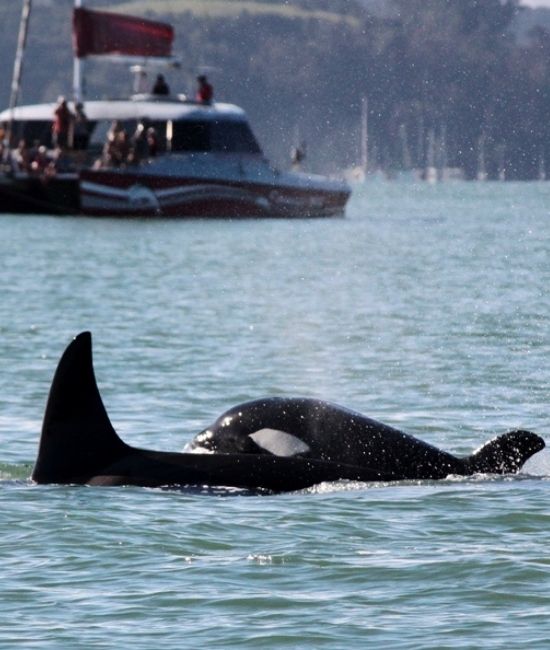 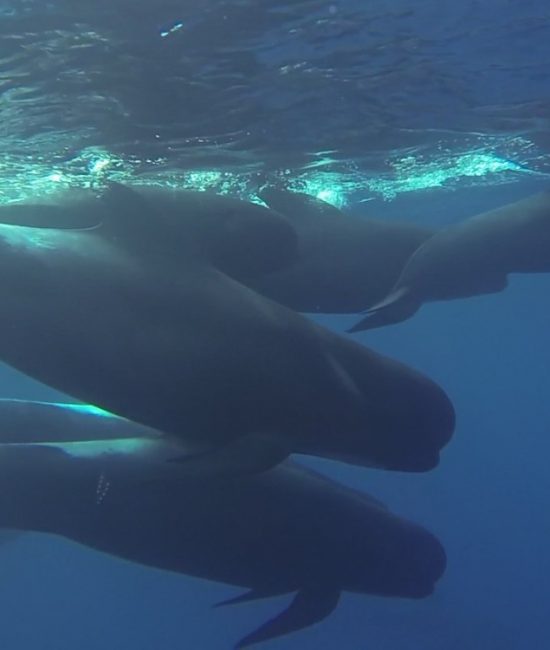 Dolphins in the Bay of Islands

While on our tour we are most likely to spot the bottlenose dolphin or the common dolphin and sometimes orca.

What we need you to know about our wild dolphins!

First, they are completely wild, we do not feed then, train them, nor are they in one place, they are constantly moving, and we never know where they might be.

They do not just live here in the bay of islands, their home range is from the top of New Zealand right down to Tauranga, over 500 miles. They can be anywhere along the east coast.

But the Bay of Islands is an important area for the Bottlenose dolphins and they do come and go here a lot. They come here to feed, socialise and rest.

We are the only yacht that has a marine mammal permit which allows us to interact with wild dolphins, which means we have a lot of rules and regulations to comply with, all for the protection of the dolphins.

Within the Bay of Islands, there are two marine mammal sanctuary zones that we do not go into, this is because the dolphins often use these zones to rest and feed. As a responsible Eco tourism operator we do not want to cause any disturbance to the dolphin in their habitat or natural behavior.

Another rule you need to know about is that we do not interact with Bottlenose dolphin before 12pm, after 12pm we can view and follow Bottlenose dolphins. All other marine mammals, common dolphins, seals, and orca we can see at any time.

These are new rules put in place by DOC to help protect the bay of islands dolphins as the Bottlenose dolphins are endangered and their population in the Bay is declining.

We protect what we love!

By supporting a wide range of research from Carino NZ we can contribute to the marine mammal sightings database and in doing so better protect the marine environment of the Bay of Islands Maritime Park.

The bottlenose dolphin earns its name from the shape of its short beak and lower jaw which looks like a smile. These dolphins are gracefully and athletic – swimming at speeds of up to 50km/h and leaping up to 5 metres in the air.

Bottlenose dolphins are also a very vocal bunch. If you listen carefully, you can hear their squeaks, clicks and whistles from the yacht.

Researchers use natural markings on marine mammals to recognise individuals within a population.  Individual dolphins have unique marking on their dorsal fins that allow us to identify them.  Usually found on the trailing edge of the dorsal fin (nicks and notches).

Here are a few of the Bottlenose dolphin we know by sight.

Check out these Bottlenose dolphin sounds that have been recorded of our local dolphins in the Bay of Islands, by a team of researchers.

Thanks Dr C Peters for the use.

Audio 2 – Can you hear something odd on this track?

Audio 3 – How many dolphins can you hear?

The common dolphin is easily recognised by its distinctive hourglass pattern of colors – it is one of the only tricolor dolphin species in the world.

A small population of less than 200 animals call New Zealand home, orca visit the Bay of Islands in pods of 2 – 15 animals on average.

Pilot whales are actually the second-largest dolphin in the world. 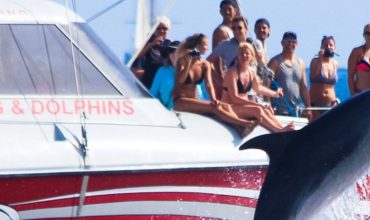 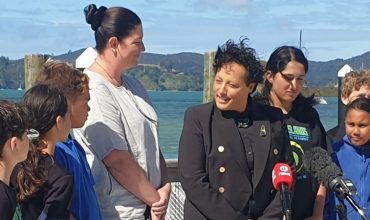 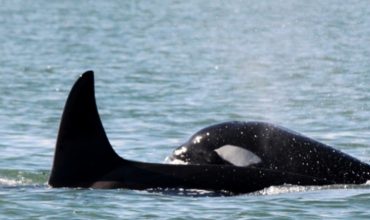