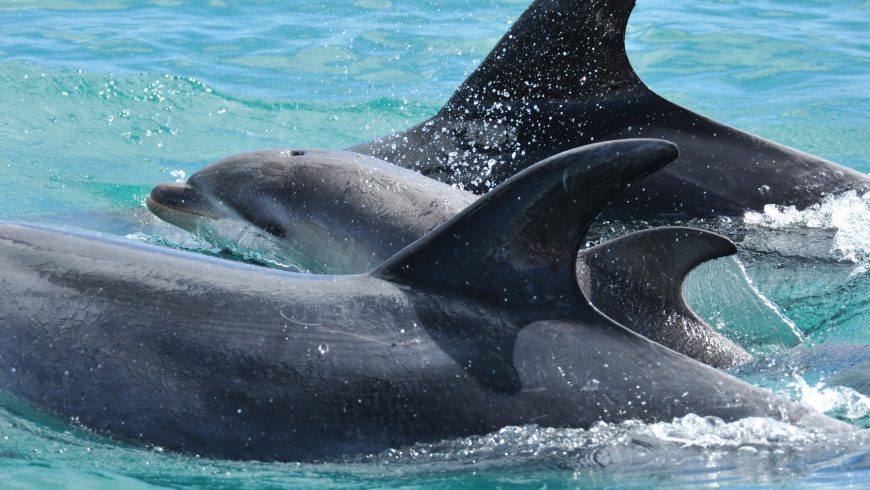 How do We know the Dolphins by name?

How can you tell which dolphin is that? Is a question at is often asked by our guests.

Just like parents can pick their child out in the playground, we can look at our wild bottlenose dolphins and know them by name. Names we have chosen, usually by association to their mother, location at birth or world events on their day of birth.  It also helps that we are out on the water nearly every day, for over 20 years and are always excited to see who is coming to visit today!

What we look at is the trailing edge of their dorsal fin; here in the bay of islands we are lucky to have dolphins that have the best identification nicks and notches. – Bad Jelly is a great example of fin ID

The Fin photo ID technique is very useful as it can be used from a large distance and the dolphins can remain undisturbed. There is some pretty fancy computer software that will help researchers search and match photographs to the fins of previously identified dolphins.

Variations are used for other marine mammals, such as the trailing edge on the whale tail on Humpbacks; Right whales are identified by the patches of ‘callosities’ on the head.

Information from photo identification studies provides a wealth of information about whales and dolphins, including:

Over 20 year ago Dr R Constantine started her PHD on bottle nose dolphins in the bay of islands and with help from us and other licensed dolphin operators and DOC, began the fin ID database for dolphins found in the bay of islands. Today with ongoing research from Massey University, DOC and us with other licensed dolphin tours we have a greater understanding of the population of the wild bottle nose dolphins along the northland east coast and the fin ID database is constantly evolving.

So yes we do know the Bay of Islands Dolphins by name, we are there when they are born, we also know when they don’t come back. The Bay of Islands wild dolphins are very special to us and we want to help them remain in this beautiful part of the world.